Leaders today need to be constantly learning and developing in their roles as team leaders, visionaries, and strategic thinkers. This is the key to organizational growth.

How to Build Relationships with Four Simple Words

How to Build Relationships with Four Simple Words 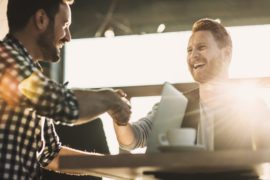 When we Turn Judgment Into Curiosity, we open ourselves to learning. We acknowledge that our perspective is just one of many. We admit that there is a limit to our knowledge, and we desire to expand it. We say to another, “You are important and your ideas are important.” We open a container for discussion and sharing.

Judgment is a natural default.

If you are like me, judgment is probably an easy default position to fall into. I recall facilitating a workshop in Dallas with a global airline, leading a room of 24 experienced managers through a two-day workshop on Increasing the Customer Experience.

There were a few managers from the Maintenance Department attending. These managers lead “below-the-wing” employees. Their employees maintain planes, tow vehicles and other equipment, and are highly-skilled mechanics and engineers who don’t often interact with customers. Brad (not his real name), a young guy in his late 20s/early 30s, was one of these below-the-wing managers.

Brad showed up on Day 1 with the look of someone who would rather be anywhere else; he chose not to participate in table discussions; when called on, he gave monosyllabic answers; and in general he showed a lack of enthusiasm for the course. I am ashamed to admit it, but I rushed to judgment: Here’s another one who feels like he was forced to be here; he doesn’t want to participate; he thinks this is a waste of his time; if I don’t address this he will infect others in the room; I need to make an example of him!! My worst instincts kicked in. I called on him a couple more times and intentionally made a few comments about “how you choose to engage as a manager is how your team will choose to engage”; “if you don’t accept these principles of customer excellence, you can’t expect your team to”; “the most powerful tool you have as a leader is your own role modelling”, those sorts of comments. It was intentional—if Brad was going to be a toxic presence in my room, then I was going to make a point to everyone else that this wasn’t acceptable and was not how the company expected its leaders to behave. I had made my judgment about him based on a few small observations, and my choices played straight from there. Brad continued to be disengaged throughout the session, so much so that another participant from his table came to me at the end of the day to complain about his lack of involvement in table discussions and activities. That, of course, further confirmed my judgment.

What he said next floored me.

This dynamic carried through the rest of Day one and into Day two. It was lunchtime on Day two when Brad shared something that still upsets me. He came up to me and said: “Geoff, I just want you to know that I really appreciate what you are teaching us here. I believe in the importance of the customer, and I apologize if I don’t look like I am too involved. It’s just that I have a lot going on in my personal life right now.” I was impressed and shocked at his vulnerability and awareness. What he said next floored me. After I asked him if everything was ok at home, he told me that his wife had passed away six weeks earlier. Brad was suffering one of the biggest losses of his life, and had decided to come to this
workshop to help him move forward and take his mind off his grief. And my behavior had made him feel guilty for not being engaged enough, when he should have been celebrated for having the courage to even attend. If only I had turned my judgment into curiosity.

The power of four words.

There is hidden power in these four words: Turn Judgment into Curiosity. They stop conflict. They increase learning. They increase engagement. They soften you and those around you. They open your mind and lift your spirit. They shift relationships through better understanding. Try applying this idea to every aspect of your life. The next time you have conflict with a team member, a direct report, a stranger at the store, or your partner/child, challenge yourself to make this one simple shift. Turn Judgment into Curiosity. Ask a question. Appreciate. Then notice what happens to the other person. I learned this phrase during a Systems Thinking certification with Human Systems Dynamics. I learned a lot in the 10 days
of the course, but this one simple statement has had a larger influence on my life than almost anything else. Good luck as you practice using these four words in your own life. 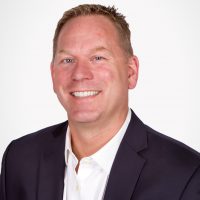 Geoff is an experienced Leadership Development Consultant and Executive Coach. He is passionate about leadership development, team development, coaching, and culture transformation. His goal is to maximize return on human capital through a variety of facilitation and coaching engagements, including leadership training, intact team workshops, one-on-one, and team coaching, and large group conferencing.

4 Responses to “How to Build Relationships with Four Simple Words”

When the Leader Speaks 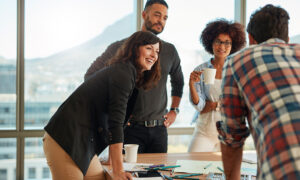 Three Conversations Every Leader Needs to Have Every Day 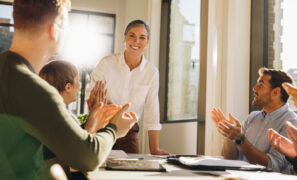